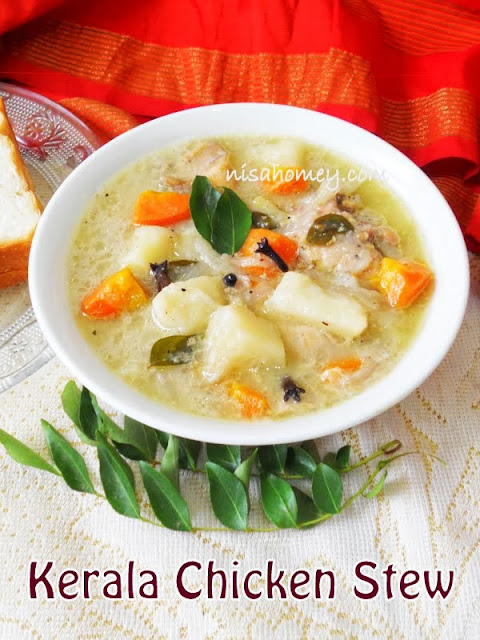 Kerala Chicken Stew or nadan kozhi stew is a traditional Southern Kerala Sunday special.... lightly spiced chicken stew is cooked in coconut milk along with potatoes, carrots or other vegetables of your choice....is mostly served as a breakfast with bread or appam........a favorite dish of Syrian Christian community of Kerala.

As with most Christians, Sunday is day for church and leisure.....while growing up, by the end of Sunday morning mass, my stomach would be grumbling, because I know amma has already made chicken stew and appam....gosh!! my brothers and I used to rush home ....ah! Sundays were special...especially breakfast and lunch......okay, fast forward to present....traditions never die!! my kids look forward to Sundays....and chicken or lamb (mutton) stew always tops breakfast list..

I made this stew with minimum oil and this recipe is as usual amma's.....handed down from my ammachi (grandmother). Chicken along with onions, potatoes and carrots are cooked in thin coconut milk with a bit of pepper, salt, and vinegar.....and then, spices are lightly fried in coconut oil....with lots of curry leaves...lastly rounded off with thick coconut milk and cornflour. Today, I am using instant coconut milk powder....to make it easier for you...if you have the time and patience do use fresh coconut milk (pls check this post on how to make fresh coconut milk) or even canned coconut milk....I am leaving that to you...to decide!! 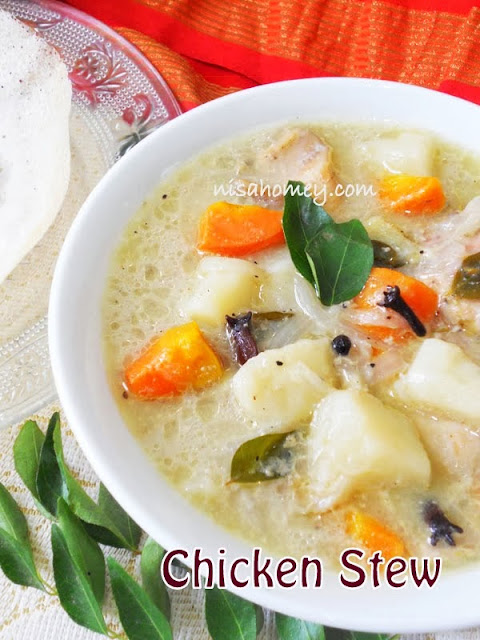 Notes: There are various method of making stew, it varies with families and this is the one I grew up on.....you can add vegetables like beans, green peas, cauliflower etc to the stew.
Use bone-in-chicken rather than boneless....and a few pieces of chicken fat thrown in intensifies the flavor....grandma's tip!!

Step by Step Method:
Wash and clean the chicken and keep aside.
Gather all the ingredients. 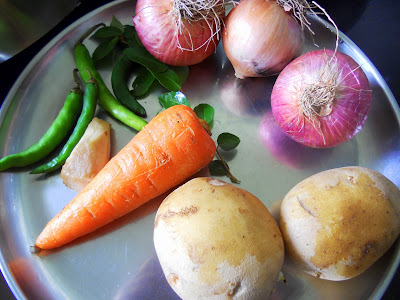 Chop, slice them up. 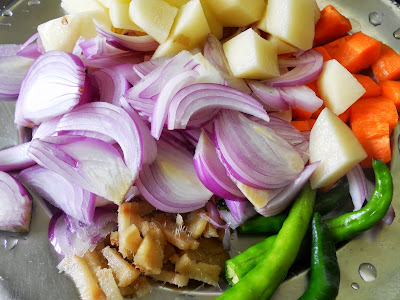 Into the pressure cooker or electric cooker or even a heavy bottomed large pan. Put in the chicken pieces and top it with all the cut veggies. Add salt.... 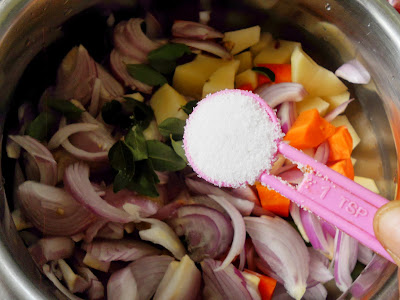 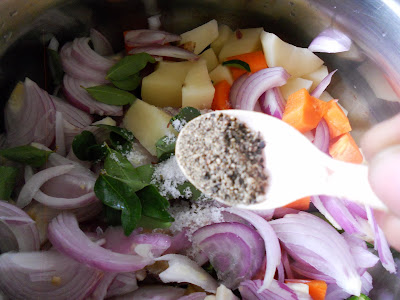 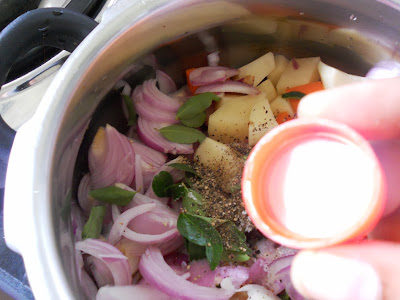 And about half cup thin coconut milk---I added 1 tbsp of instant coconut milk powder to the half cup milk. Give everything a nice stir ...close the cooker and after one whistle...switch off and open when steam is released....if you are cooking in a large pan....cover and cook for 15-20 minutes in low flame....we need the chicken to be thoroughly cooked.  If you are using fresh coconut milk...use 2nd or 3rd milk. 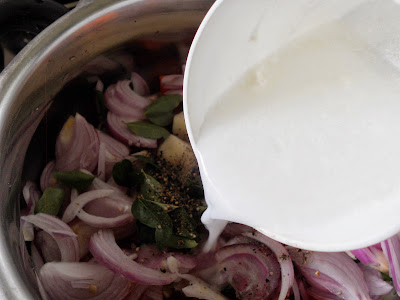 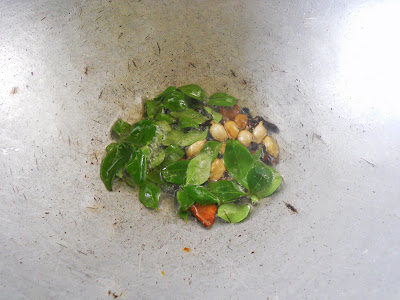 Add the cooked chicken into this ... 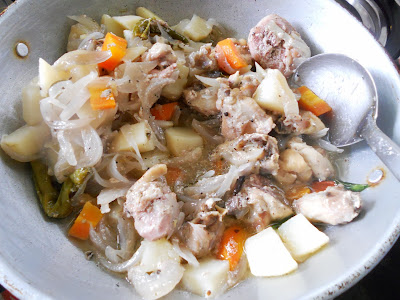 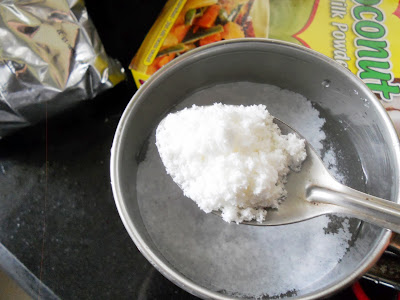 And pour this over the chicken. 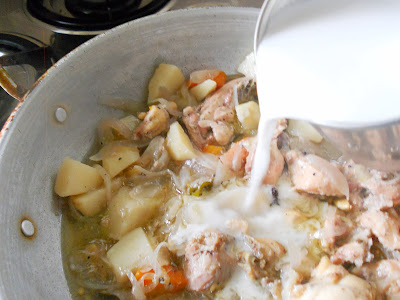 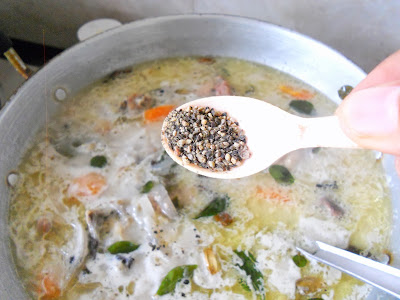 Serve with bread or appam. 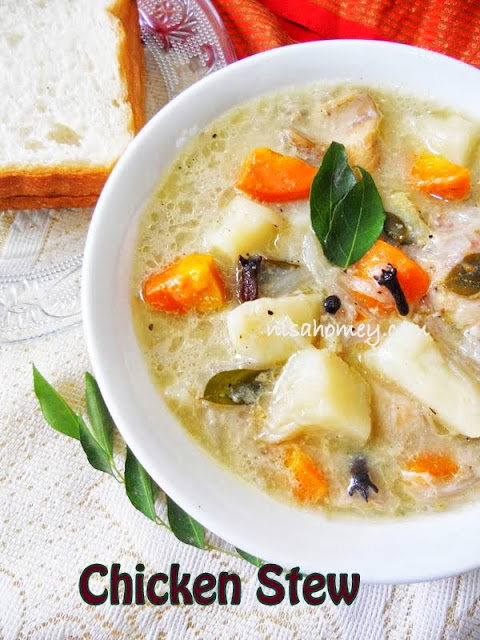