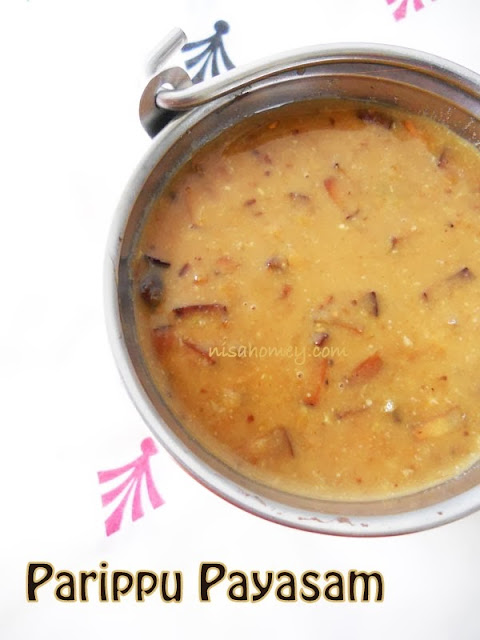 Payasam is a healthy dessert of Kerala, you can call it a traditional dessert. Cherupayar parippu payasam is an Onam special...cherupayar parippu (yellow moong dal-lentil) is fried lightly in ghee and cooked in coconut milk with jaggery (sharkara) and spiced with roasted coconut bits, dry ginger etc.

Onam is just around the corner, and it is incomplete without payasam...try this traditional and easy semiya payasam for Onam.

This dessert is a traditional dessert .........payasam can be made with milk and coconut milk. Usually semiya or rice payasam is made with milk which is known as kheer in North India, but here in Kerala most of the payasams are made with coconut milk and jaggery (sharkara) as the sweetener....thus making it a healthy dessert!!

A quick note, thought traditionally, payasam is made in a heavy uruli and the dal is cooked slowy.....it needs a lot of time and patience, here I am cooking the dal in a pressure cooker, a quicker way of making payasam.
Too much boiling of thick coconut milk will sometimes split or curdle it.
There is no sugar in this payasam as it is made with jaggery....though brown sugar can be a poor substitute.

Spice for seasoning:
A tsp of rasins, cashewnuts, and about a handful of finely sliced coconut pieces
One tsp of ghee for roasting.

Method:
A look at the cherupayar parippu. 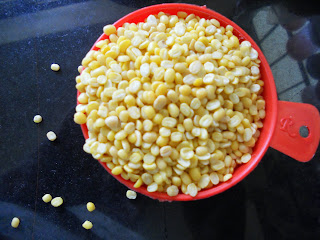 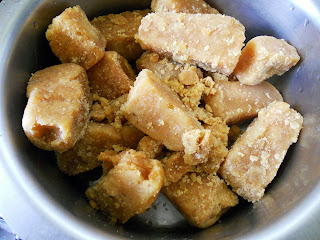 Heat a pressure cooker and add a heaped tsp of ghee. 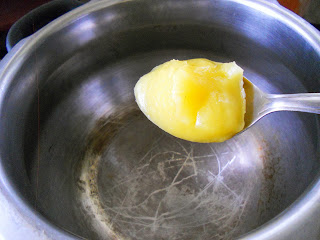 Lightly roast the parippu and pour 3-4 cups of thin coconut milk into the cooker. Pressure cook for 5-6 whistles. 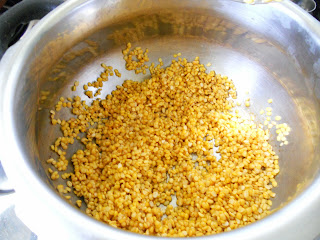 Meanwhile, put the jaggery into a deep bottomed pan, add 1/2 to 1 cup water and melt it. Once it boils, it will foam out, so pls stay close and once it boils, simmer and switch off the fire....allow it cool slightly and strain it into a metal strainer....this is to remove the dirt, if there are any. Incase if you are very sure that your jaggery is clean....just melt it in 1/2 cup water and keep aside....(locally it is said, frying or stirring the parippu in sharkara pani (water) will enhance the flavor....the idea is to let the water evaporate and the dal is soaked up in jaggery). 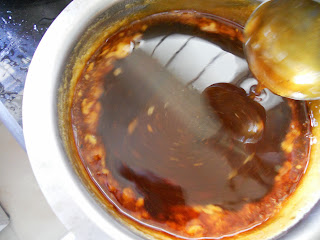 Open, the cooker and mash the parippu lightly, some like it really mashed up...but I like a bit of whole dal in there...its a matter of personal choice...add the melted jaggery and mix well. Bring it to a boil and simmer it for 20-30 minutes....stirring all the while and taking care that it does not stick to the bottom.....melted jaggery will be reduced by half. 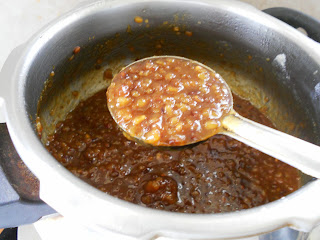 While it is simmering away, dry roast the cardamon, jeera, and the dry ginger.....that is the coconut piece I used .....about a quarter of a whole coconut. 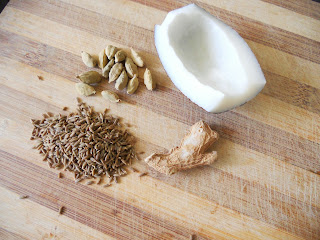 Cut them into thin strips. 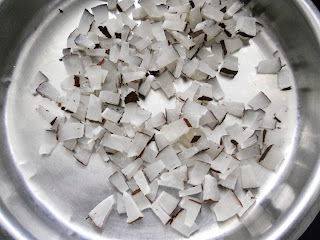 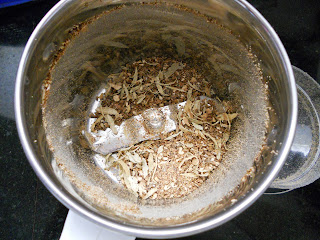 Add the thick coconut milk into the cooker, after adding the thick milk, do not allow it to boil as this might make it curdle....once it starts to boil switch of the fire and add the grounded spices. 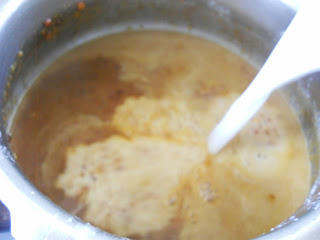 And lastly, heat a tsp of ghee in another pan and fry the coconut pieces until they are lightly browned, then add the cashewnuts, and raisins..... 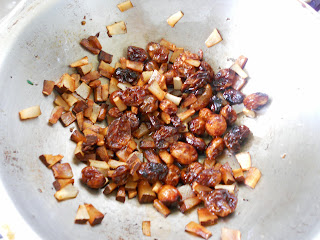 Sprinkle them on top of the payasam....I love the fried coconut bits in the payasam!! 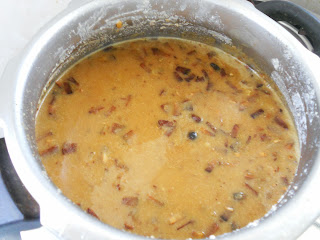 Serve warm or cold...and Happy Onam to all!! 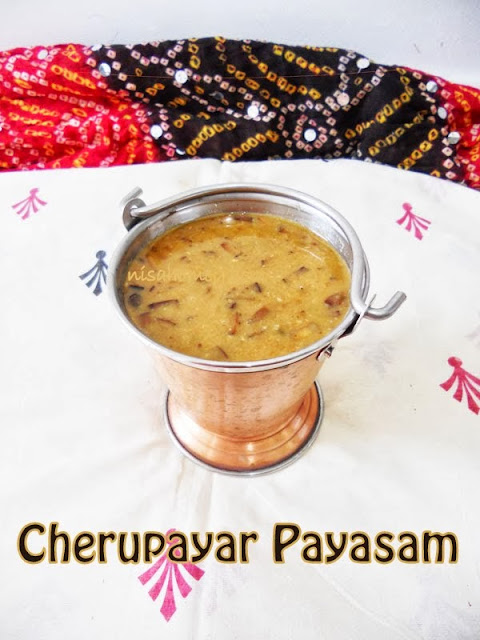